Mr Prakash specialises predominantly in knee and hip joint surgery especially for young adults (age 20-65). He routinely performs surgery related to sports injuries and arthritis and one of his key focuses is on Stem Cell Therapy. 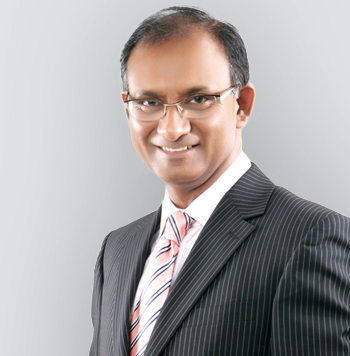 Biological treatment essentially means the use of the patients’ own tissues for healing and repair of injuries and damage to structures. The treatment is instituted by the orthopaedic surgeon. Such treatment in orthopaedics comes in various forms. Examples include

Autologous (patient’s own) blood injection
Injections of platelet-rich plasma (PRP)
Cell therapy
Cell therapy comes in different forms, too. These might include:

Stem cells are cells within the body which have the ability to divide and become different structures such as cartilage, bone and other structures. Stem cells are also referred to as Mesenchymal Stem Cells (MSC). The MSCs can be found in various parts of the body including bone marrow, fat and peripheral blood. These cells can potentially help repair and regenerate tissues such as cartilage and bone effectively.

The stem cells can be used in a variety of different situations to help in the repair and regeneration of damaged tissues and structures. In joint preservation these cells are used to help encourage the regeneration of cartilage, the damage of which leads to arthritis. The results are promising but still in their early stage.

Mr Prakash uses the stem cells from bone marrow concentrate. The bone marrow is rich in stem cells, and other cells, too. The cells are harvested autologously (directly from the patient) from bone marrow in the operating theatre at the same time as the surgical procedure. As the cells are derived directly from the patients, there is no additional risk of disease transmission, rejection or ethical controversy that might exist when using cells from an unrelated donor. The harvested cells, alongside a suitable scaffold, is secured surgically to the area of damage in the joint.

Stem cell treatment is a relatively new procedure. However it has created much interest worldwide and extensive research has been taking place in this field. Animal and human studies have been published which suggests a favourable response to stem cell treatment not only in knees, but also in some other joints. Mr Prakash routinely collects data from his patients who have undergone surgical treatment under his care; assessment questionnaires are periodically sent to those who have undergone the treatment. This is an invaluable source of information that helps him monitor his patients, publish in literature, and train others who are interested in the techniques.

Damage in Kneecap being measured 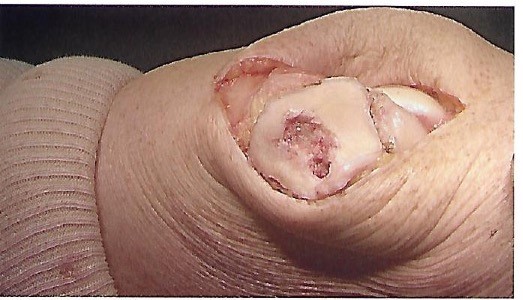 The damaged area after preparation 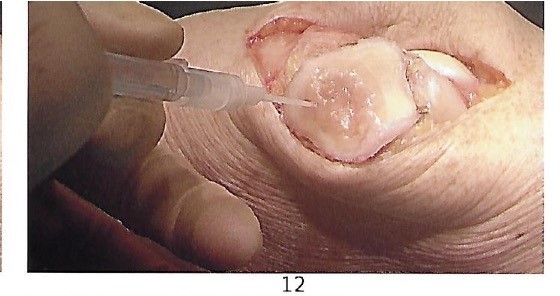 Stem cells being injected under the scaffold patch 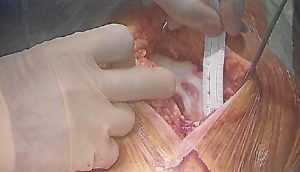 Area of damage in femur being measured 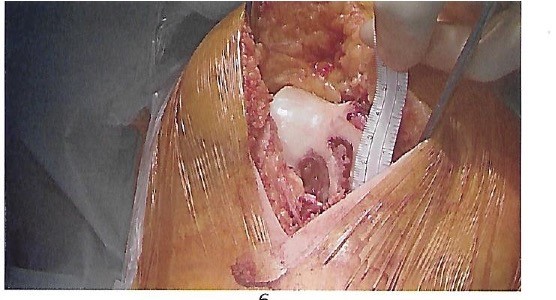 Area of damage after preparation 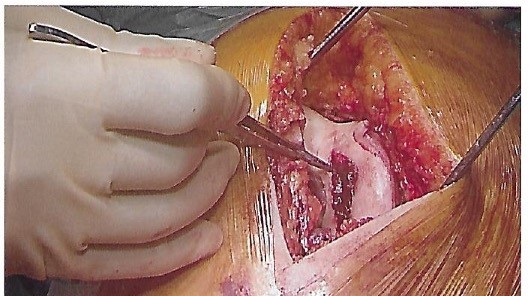